VENTUS panels provide an external thermal insulation on the roof that improves the thermal efficiency of the building, and can be configured to increase the thermal inertia of the roof or to install the roof finishing or photovoltaic panels directly on VENTUS.

The insulated roof panels can be manufactured with a ventilated cavity and an OSB panel to sustain the waterproofing and finishing, or without ventilation in order to cast concrete on top.

The innovation of the Ventus system is represented by the small grooves present on one of the two surfaces of the insulating panel that can perform two different functions depending on the type of package that you choose to use. If you choose to create a ventilated roof, the grooves, positioned in the direction of maximum slope, have the important purpose of collecting and conveying out any condensation droplets formed in the ventilation chamber. If it is used under the concrete cast the grooves guarantee a mechanical attachment of the concrete slab to the insulating panel.

Ventus provides high thermal performance and, if combined with other building systems, helps to obtain the most virtuous certifications in terms of energy quality such as: Class A, Casa Gold CasaClima, NZEB Buildings and Passive House.

Insulation panel made of Twinpor polystyrene (EPS) manufactured with injection molding to improve vapor permeability characteristics and thermal insulation. The roof insulation panels also present a grooved surface that increase the mechanical bonding with concrete or can host the elements to support ventilation working also as channels to remove condensation droplets from the roof.

The roof insulation panel is supplied in 120 x 40 cm elements and is available in different thicknesses in order to meet the necessary insulation requirements of the roof. The elements can be used both in roofs and as thermal insulation of any floors. 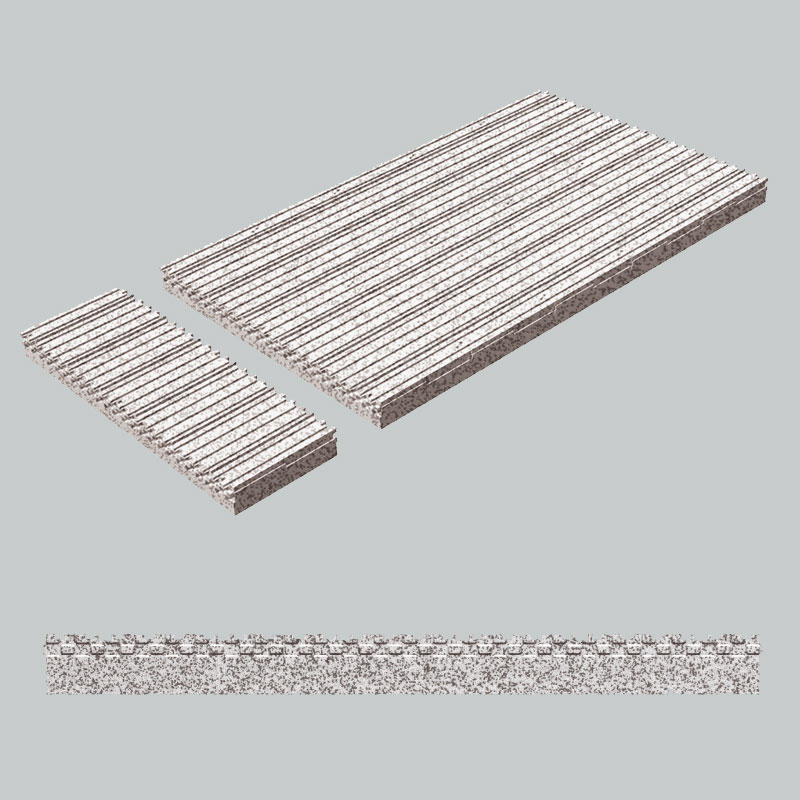 Pre-assembled configuration of ventilated panels  consisting of the base insulation element, ventilation channels and a wood panel to support waterproofing and finishing . This configuration provides an excellent thermal insulation during cold days and an optimal ventilation and cooling during hot summer days.

The wood panel that host the finishing can be glued directly on the Ventus elements or can be attached with spacing elements in order to create the ventilation channels of custom heights. Ventus + OSB panels are available with different EPS insulation thicknesses to meet the insulation requirements.

This configuration permits to have insulation, aeration and a concrete top. It provides insulation, ventilation and a good thermal inertia. The roof panel consist of the Ventus + Windi. Windi is a plastic formwork that is 5 or 10 cm high that can contain the concrete cast leaving a series of aeration channels underneath.

The concrete casted on top of the roof panels provides the mass ensuring a good thermal inertia of the roof.

Ventus insulating panels are available in different thickness of insulating polystyrene to meet the necessary thermal insulation of the roof.With this configuration, Ventus and Windi elements are supplied separate and must be assembled on site before the concrete cast.

Configuration of the Ventus roof insulating panel with an upper concrete slab. The particular shape of Ventus allows for better anchor of the concrete cast to the panels and the roof is both thermally insulated and provides high thermal inertia. 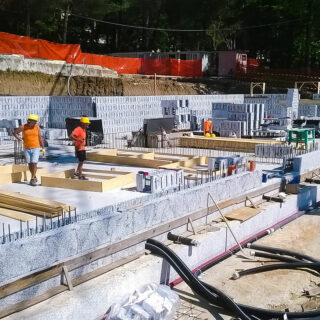 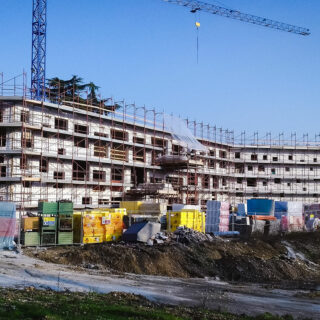 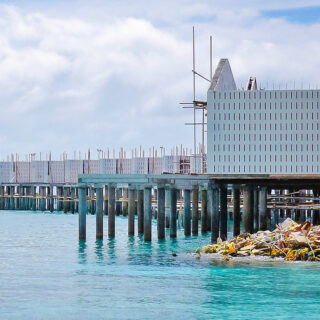 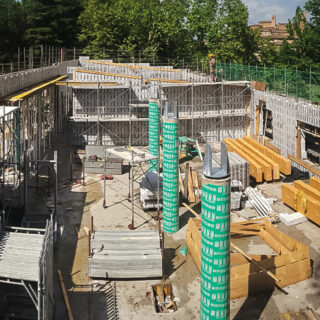 The roof insulation panel Ventus consists in a 120×40 cm element, made of Twinpor polystyrene (EPS) with mechanical resistance of 100 or 150kPa.
Twinpor EPS is a special mixture of white and grey polystyrene for improved performances and high durability.
Each panel comes in 64 – 94 – 124 and 184 mm thickness to meet each project’s insulation requirement and has male and female joints at the edges for an easy installation. 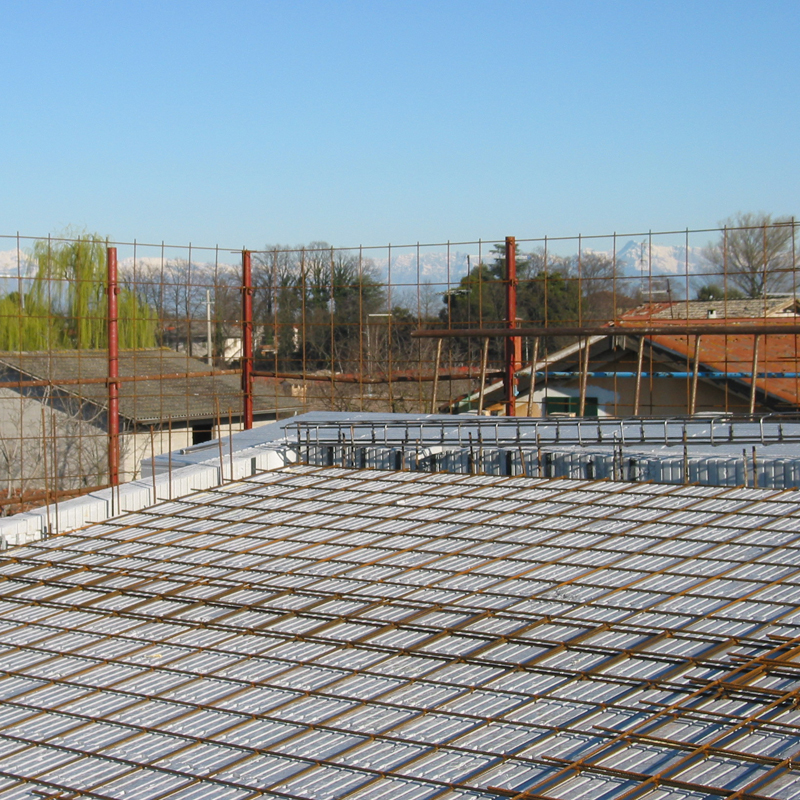 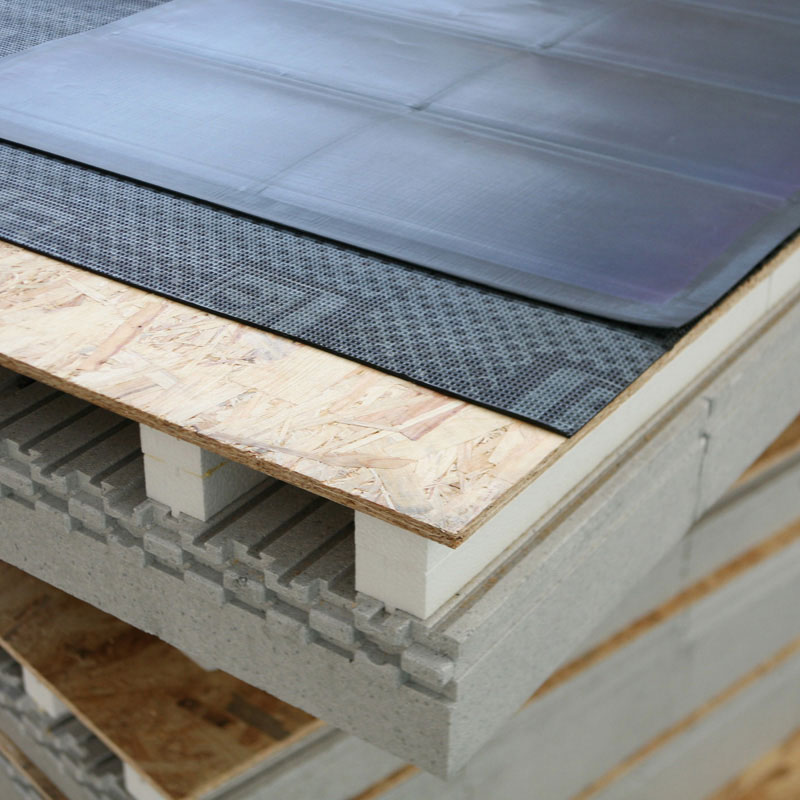 You can find out more about which cookies we are using or how to disable them in the settings .

This website uses cookies so that we can provide you with the best user experience possible. Cookie information is stored in your browser and performs functions such as recognising you when you return to our website and helping our team to understand which sections of the website you find most interesting and useful.

Strictly Necessary Cookie should be enabled at all times so that we can save your preferences for cookie settings.

If you disable this cookie, we will not be able to save your preferences. This means that every time you visit this website you will need to enable or disable cookies again.